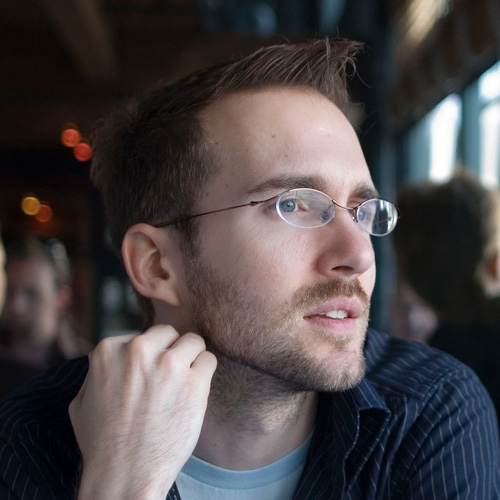 Shaun is a master of all trades. He’s a talented designer, develops for multiple platforms, and even writes his own music and game soundtracks. You might know him from webapps like Mint and Fever, but in this episode of The Box we’re gonna talk about his 2 games: Horror Vacui 2 and the upcoming Mimeo. (photo)

Links mentioned in this episode

The Box is a series of short interviews with people who make cool stuff, hosted by Tim Van Damme (me).

There isn’t a specific timeline for new episodes. It’s a hobby project, and tracking down designers and developers who just released an iOS app is very time-consuming, as their schedule is pretty busy.

If you are interested in being interviewed, or know someone I should interview, let me know via email (tim at maxvoltar dot be) or Twitter.